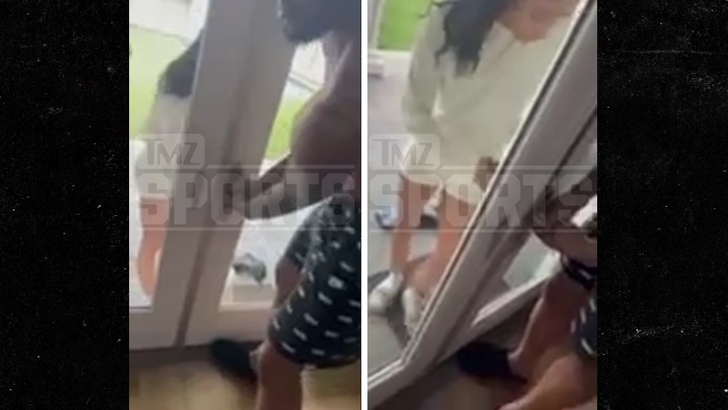 New video obtained by TMZ Sports shows Miles Bridges‘ ex did appear to attempt to break into his residence back in October — slamming a hose nozzle against the NBA star’s door repeatedly as he tried to hold it closed.

The footage was captured on Oct. 12 … after Mychelle Johnson allegedly brought over the couple’s two kids in an attempt to get inside Bridges’ L.A. rental home to speak with him.

Bridges, however, said in court docs this week he wanted no part of contact with her — saying he wasn’t allowed to talk to her due to court orders that were given to him after he was charged with felony domestic violence for his alleged role in a June altercation with the woman.

In the docs, Bridges claimed Johnson showed up unannounced through a side gate in his backyard … and then, after he retreated inside, “kept yelling outside the door demanding me to open it while the kids were calling out to me to let them in.”

The footage shows at one point during their encounter, one of the children handed Johnson a hose nozzle that she then used to hit the door several times in an effort to get into the pad.

Over and over again, Bridges can be heard in the video telling her to stop. 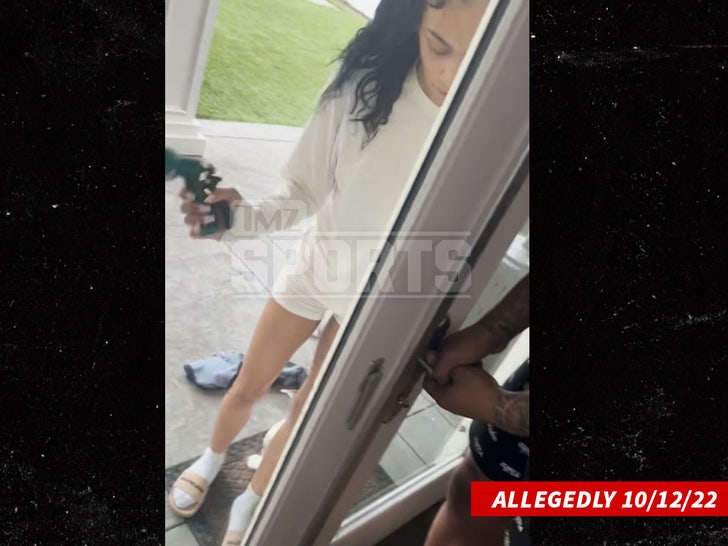 Eventually, according to the court docs, after she couldn’t get in, Johnson stole Bridges’ dog and left with the children.

The incident was not isolated, according to Bridges, who said in the docs that on two other occasions — one on Oct. 31 and one on Nov. 5 — she similarly harassed him and caused him emotional distress and anxiety.

Bridges asked a court for a temporary restraining order from Johnson over it all … and on Wednesday, a judge granted it. A hearing on the matter has been set for Nov. 30.