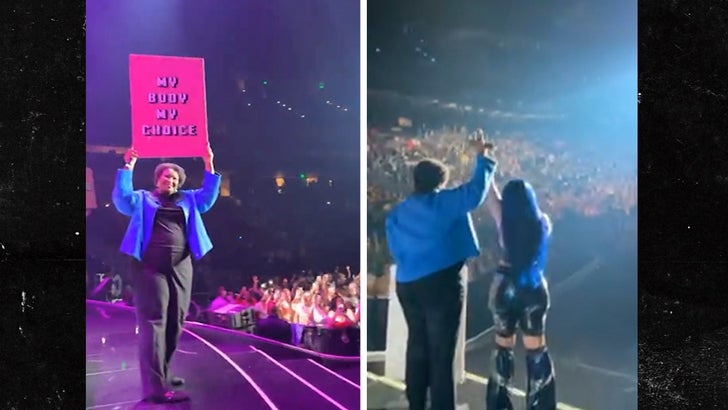 Stacey Abrams is leaning into her celeb connections to rally support ahead of election day — which landed her on stage with Latto to deliver a message about abortion rights in Georgia.

The candidate for Governor came out during Latto’s Saturday night gig in ATL, and not coincidentally, she came out as the rapper performed “Pussy” … the anthem she wrote after the Supreme Court overturned Roe v. Wade.

Abrams was kicking it with backup dancers as Latto did her thing — and carried a “my body, my choice” sign over her head the whole time. 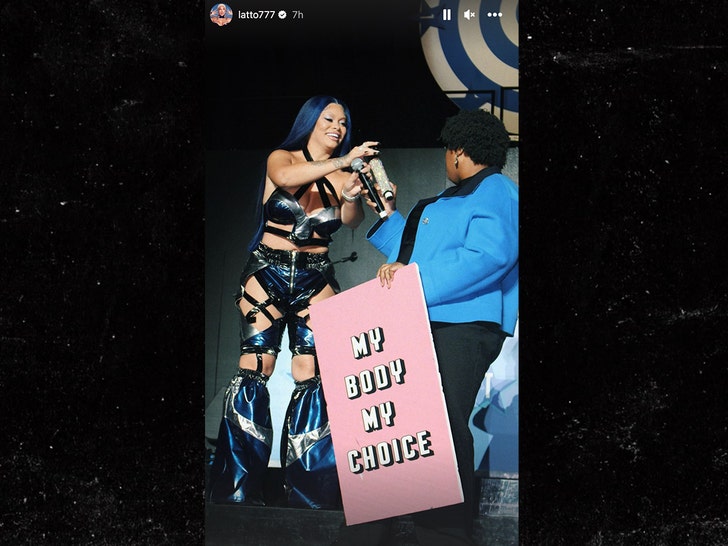 When the song was over she got on a mic and told the crowd … “I just want to remind you that if you believe in my body, my choice, I need your vote,” Abrams said.

Playing to the crowd, Abrams referenced Latto’s mega-hit as she yelled, “I need your big energy. Let’s get it!”

🎥| @Latto made history tonight as she brought out the governor of Georgia @StaceyAbrams during her set at the Special Tour in Atlanta. pic.twitter.com/NBaWlQ6OZB

Expect to see Abrams at several celeb events in the next couple of weeks — she already has Oprah stumping for her in the Peach State.