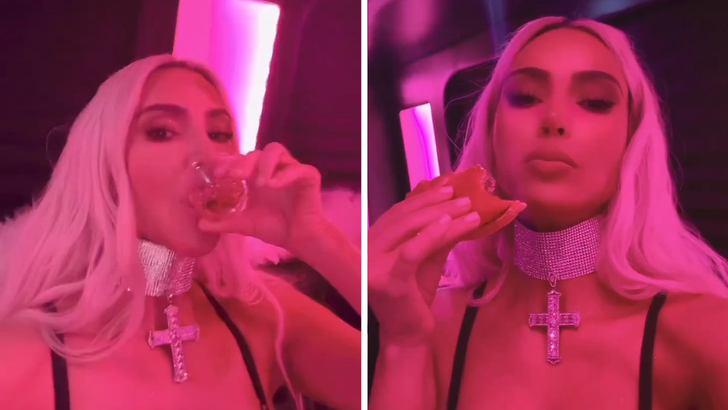 Kim Kardashian knows how to roll with the punches … even if the punch is dangerously high winds forcing your private jet to get outta Las Vegas, thereby derailing your birthday party plans!

Yeah, Kim’s 42nd birthday was dealt a blow from Mother Nature Saturday night, but the story has a happy ending … in the form of the most bougee late-night burger run you’ll ever see.

But, the night started with Kim, Khloe Kardashian, Kris Jenner and a bunch of Kim’s friends boarding Kylie‘s private jet — Kim’s must be in the shop — for a quick flight to Las Vegas where the gang planned to take in Usher‘s residency.

But when they got close to Vegas, air traffic control said it was unsafe to land due to extremely high winds — gusts up to 60 MPH — so, the pilot had to bang a U-turn and land back in Los Angeles. 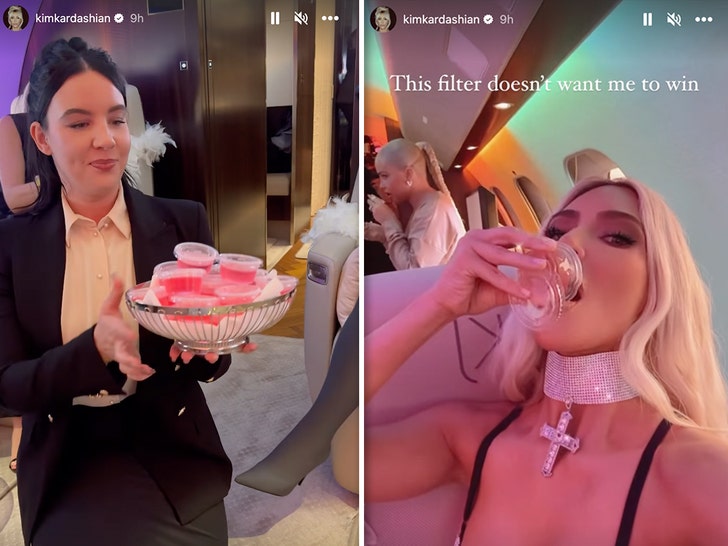 Kim’s party didn’t stop though … after hopping on a party bus, someone busted out the jello shots again — looks like Kim had plenty — and they ended up at an In-N-Out, naturally, for burgers.

And, wow, what a scene inside! Kim in a bikini top, and Khloe in a nude catsuit … with the whole glammed-up crew standing at the counter ordering, just like normies. As everyone knows … there’s no VIP in the late-night fast food game! 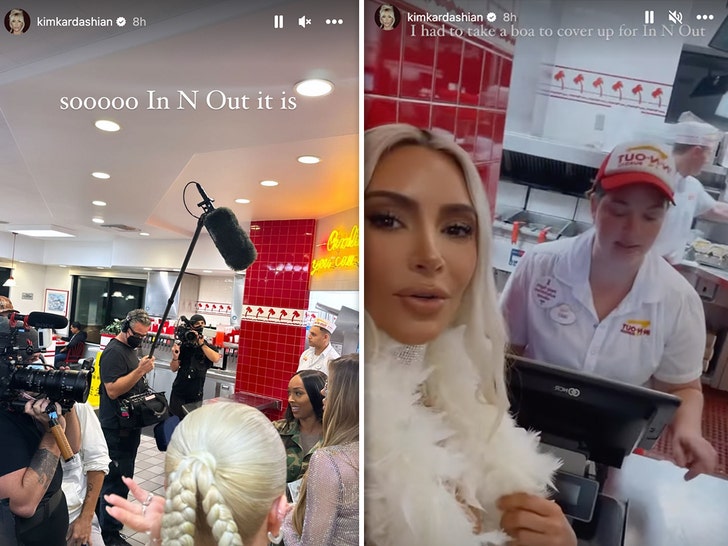 The birthday girl looked, and sounded, very pleased with a burger to cap off her night — blame it on the shots. It wasn’t Usher in Sin City, but Kim seemed alright with the change of plans.

The Vegas trip was intended to be her B-day sequel … after part one, the low-key dinner party she had primarily with family on Friday night, which was her actual birthdate. Kourtney and Travis Barker, Kris and Corey Gamble, Kendall Jenner and a few close friends all showed up to celebrate.

U.S. consumer spending seeing a ‘mitigation’ in growth not a slowdown,...