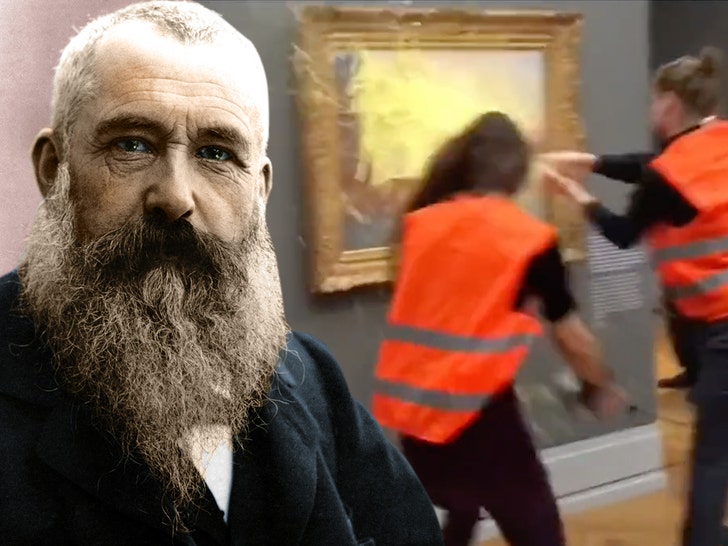 Food slinging is all the rage among European protesters — just ask these 2 Germans who ruined a Monet painting with a Thanksgiving dish … all in the name of climate change.

Check out the latest demonstration of its kind here on video … a guy and girl made their way into the Barberini Museum in Potsdam, Germany, and hurled a couple buckets of mashed potatoes onto Claude’s famed ‘Les Meules’ painting — valued at about $109 million.

The alarm starts to go off and onlookers are rightly startled by the scene. The protesters take a knee and the gal starts to go on a spiel about climate change and societal priorities.

She says they’re doing this to continue to bring attention to the fact that fossil fuel use is destroying the planet, and that there are people starving in the world — and that, soon, the two things will be joined at the hip as society fights for food. Eventually, security swoops in. 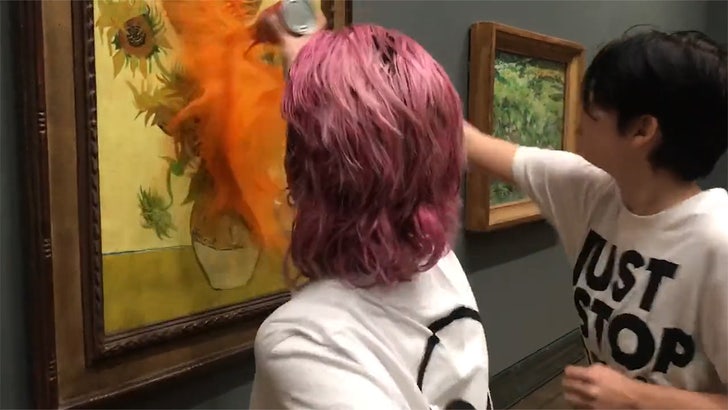 This is exactly what happened in London last week when another pair of climate activists threw tomato soup onto a Van Gogh painting that was valued at $85 million … and they, too, were arrested.

It’s a trend we’re seeing more and more of late — people somehow sneaking in items to vandalize priceless works of art, and kinda ruining them forever.

Even the Mona Lisa has been subjected to unwanted calories — something that’s obviously traversing the globe. 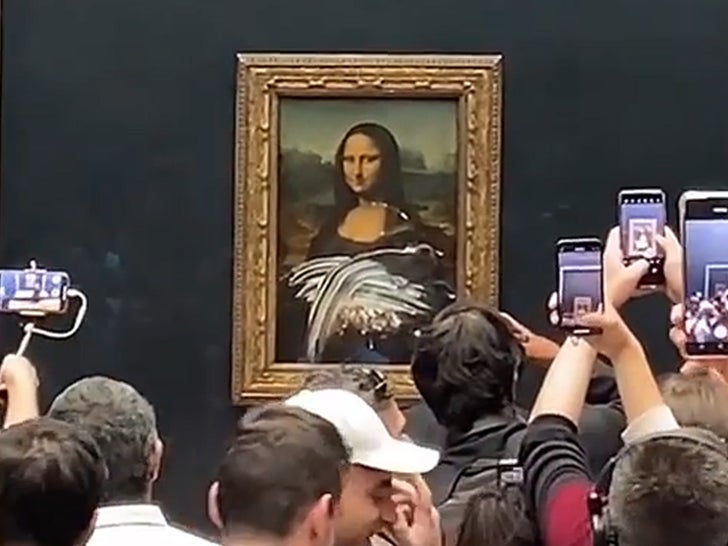 Time to start frisking museum-goers, it seems. And not just for weapons … messy meals as well!

Security bolstered after alleged assault of teenage girl at housing for...